You are here:
France

When a cheeky Parisian sommelier served a glass of Chardonnay to famed Volnay winemaker Guillaume D’Angerville, he probably didn’t expect to change his life. D’Angerville was so sure it was a Burgundy in his glass, he was astonished to hear it came from a Jura vineyard. Thus began D’Angerville’s obsession to discover his own little slice of Jura.

Five years later, he finally did. With Francois Duvivier, he purchased two domaines and established Domaine du Pélican, a reference to the pelican on the crest of the city of Arbois. At Chateau Chavanes in Montigny-les-Arsures, they created a state-of-the-art winery surrounded by 5 hectares of biodynamically farmed vines that had been impeccably replanted 10 years prior by former owner Francois de Chavanes. The domaine is supported by an additional 5 hectares of chemically-free vines formerly farmed by Jean-Marc Brignot at a site of high-quality geology and exposure.

“The less one puts this and that in the wine, the better. I don’t do anything – just wait for the fermentation to start,” says Guillaume d’Angerville.

Both of Domaine du Pelican’s whites are handled and fermented in the same way. They are both whole cluster pressed, with a light crushing before pressing. Fermentation takes place in stainless steel tanks after which they are put into mostly neutral 350L barrels where they are for ten months before being bottled. The Chardonnay comes from four different parcels but mostly from south-facing “Au Barby”, which is predominantly a limestone terroir rich in clay and marl. All of Pélican’s wines are currently made in a topped up, non-oxidative style. 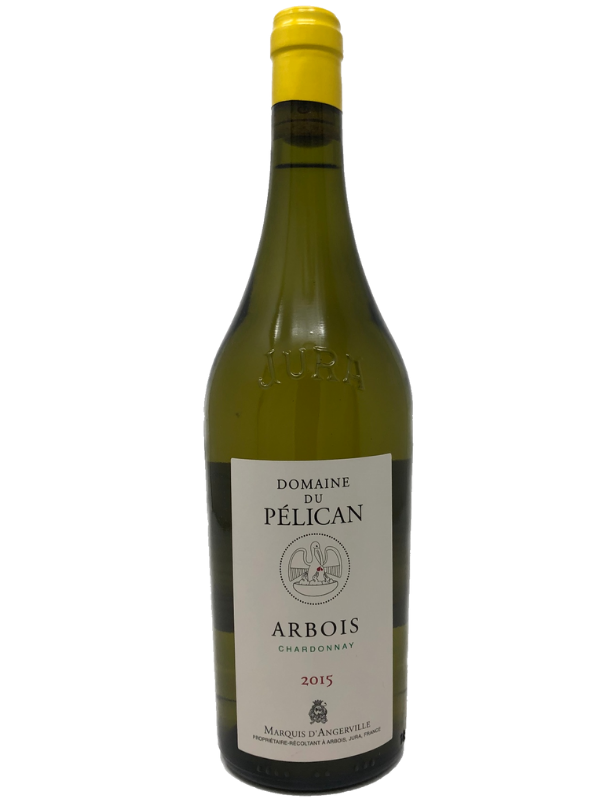 Do you know how to read a French wine label? Get the skinny here.