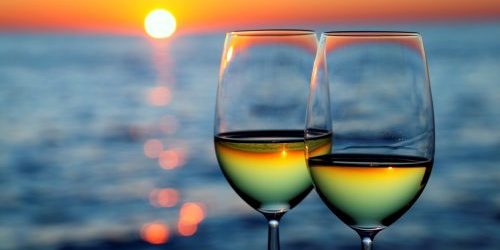 96 points, Wine Advocate
An utterly electrifying wine, the NV Brut Rose is simply drop dead gorgeous. The style is all about energy, delineation and minerality with this release, a blend of vintage 2004 and 2005 Chardonnay with the addition of still Pinot. This isn’t one of the more vinous versions of the Rose, which actually helps to make it quite versatile. Selosse’s NV Rose can be enjoyed before a meal but also has the tension to pair beautifully with food. The balance and overall sense of harmony are both dazzling.

Guillaume D’Angerville became obsessed with the Jura after a sommelier in Paris poured him a glass of Tissot Chardonnay blind and he was very impressed, believing that it was a Burgundy. This sent him off on a five year search to find a choice location in the Jura. He consulted with a well-known geologist to find ideal vineyards. In the end, he and Francois Duvivier purchased two domaines, one with well tended vines and another where the vineyards were in need of some rehabilitation. He named it Domaine du Pélican, a reference to the pelican on the crest of the city of Arbois.
Read more about Domaine du Pelican here.

90 points, Wine Advocate
The performance of Philipponnat’s NV Brut Reserve Rosee Disg. 3/2013 (yes, spelled with two “e”s) fascinates but also puzzles me a bit, since in principle this represents more or less “the same” cuvee as the Brut Reserve tasted alongside, except with the addition of some still Pinot Noir. But then, I’m forced to remind myself that one can never change just a single aspect of a wine, since each addition or subtraction potentially influences the expression of myriad components. In any case, this rose not only adds tart-edged, highly stimulating fresh red raspberry and rhubarb to the luscious juiciness of white peach, but also somehow engenders a sense of mid-palate sap, finishing persistence, and intrigue – by way of subtly, nobly fungal suggestions as well as hints of chalk – that its “white” counterpart lacked. This ought to remain delicious over the next couple of years.